Non-native occupation at this site began at least by the mid-17th century, when a 300-acre land grant for “Avery’s Rest” was issued in 1666 to Captain John Avery, a mariner for the colony of Maryland who transported tobacco and food stores to Barbados and the West Indies. The full 800-acre tract was granted in 1674 when John Avery, his wife Sarah, and their three daughters moved onto the property (Sellers, 1901).

The Averys’ arrival followed the burning of the Whorekill settlement and surrounding farmsteads in December 1673, an act related to the final reclaiming of the territory by the English (de Valinger, 1950; Weslager, 1988; Weslager, 2016). After John Avery’s death in 1682, his wife remarried and his daughters engaged in a court dispute over ownership of the Avery’s Rest tract (Horle, 1991). The land was eventually partitioned between the daughters, one of whom lived at the site until 1715 (Horle, 1991).

The 11 graves found at the site could thus represent Avery family members, servants, enslaved individuals, or others living and laboring on the farmstead. To further elucidate their ancestry and identities, we conducted bioarchaeological and ancient DNA analyses of the human remains disinterred from the site. 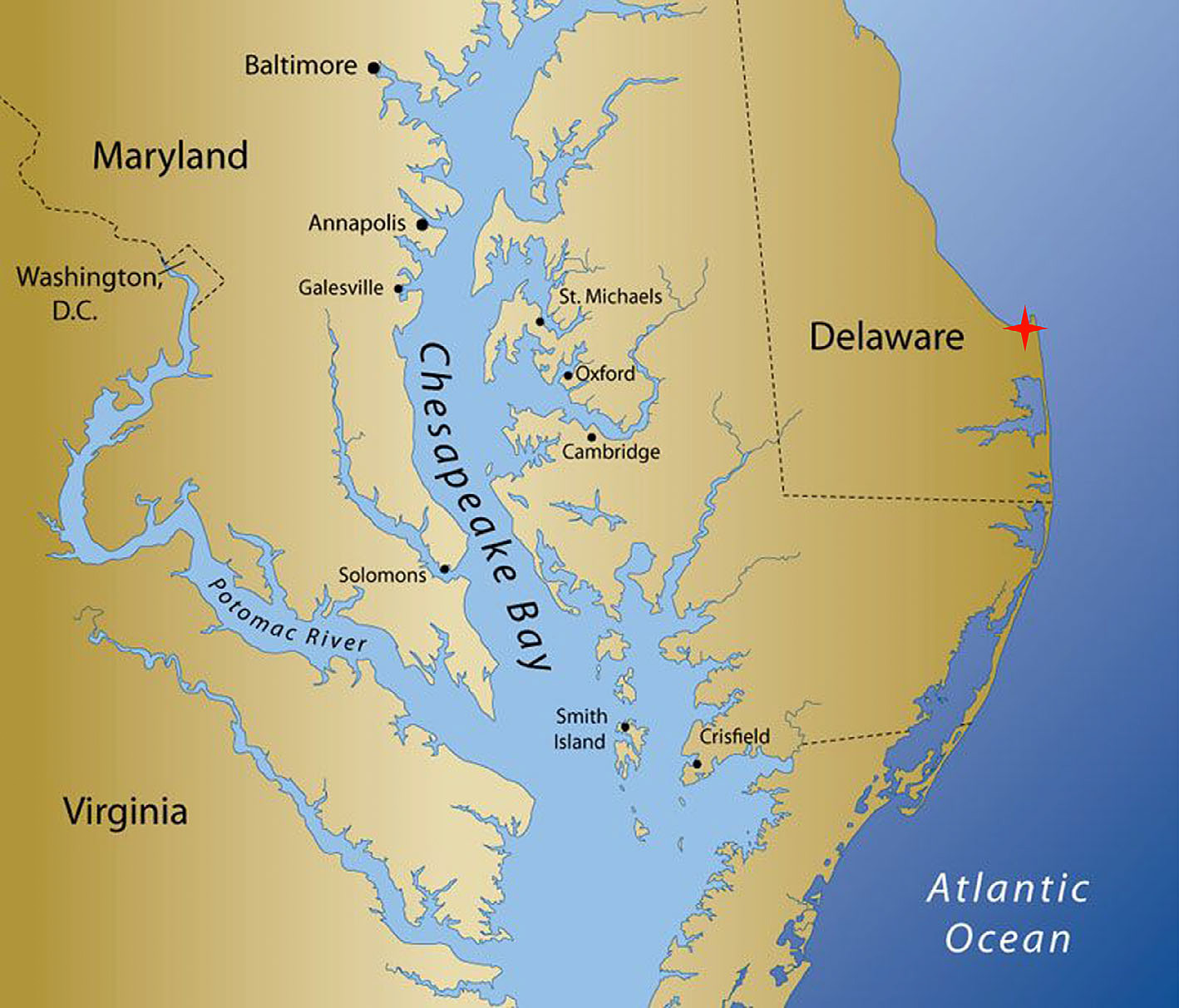 Map of Delaware within North America

Avery’s Rest archaeological site is marked with a star. Map provided by americanhistory.si.edu. 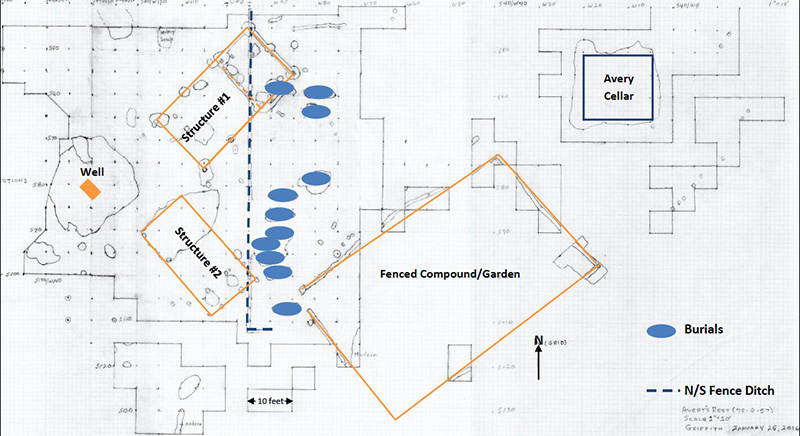 A well-preserved bone from each skeleton was selected for mtDNA analysis. Extraction and sequencing of mtDNA was performed for all 11 skeletons, using appropriate protocols to prevent contamination with modern DNA. The entire control region (CR) of the mtDNA was obtained for these individuals, and the haplogroups to which they belonged ascertained through comparison with reference databases for European and African populations. 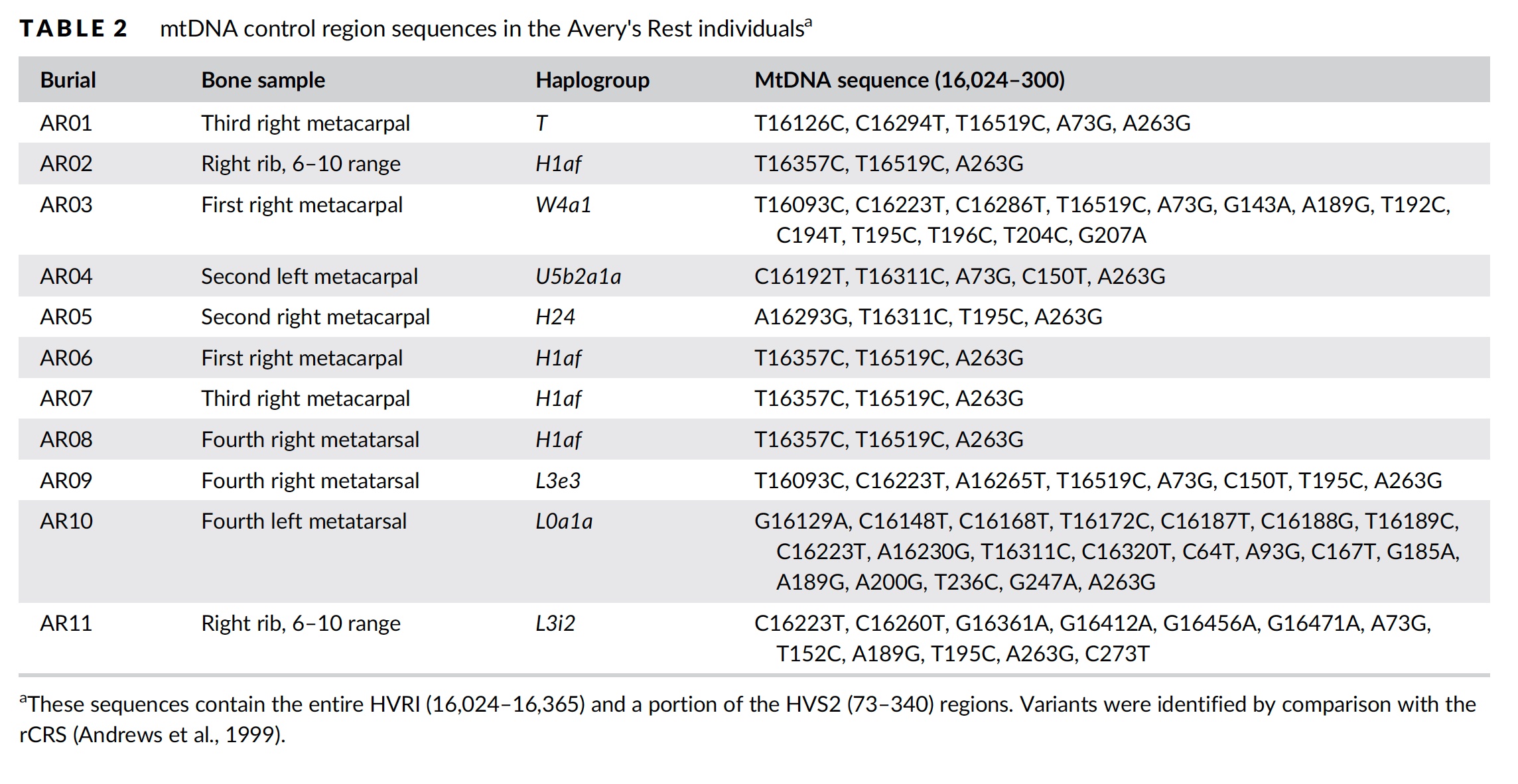 Along with the bioarchaeological and documentary evidence, the aDNA findings contribute to our understanding of life on the colonial Delaware frontier. Evidence of maternal relatedness among European-descended individuals at the site demonstrates kin-based settlements in 17th century Delaware and provides preliminary identifications of individuals. The maternal genetic diversity of the individuals with African descent aligns with the routes of the trans-Atlantic slave trade but broadens our understanding of the ancestries of persons involved in it. Burial positioning, osteological pathology, and lack of maternal kinship among individuals of African descent provide tangible evidence for the emergence of racialized labor and society in Delaware during the late 17th century.

We are now completing the analysis of genome variation in the Avery’s Rest individuals, and will soon submit a summary of these data for publication. The results of this analysis shed light on the population dynamics of an early colonial frontier settlement, with European individuals representing multi-generational kin interred next to individuals with diverse African ancestries that include a father-son pair. These findings highlight the diversity of persons, both kin and non-kin, present in early colonial frontier settlements, and the extent of geographic ruptures experienced by those forcibly enslaved at the incipience of the trans-Atlantic slave trade in North America.