Welcome to the Laboratory of Molecular Anthropology @ Penn

Since its establishment in 2001, Laboratory of Molecular Anthropology @ Penn (LMAP) researchers have worked to elucidate the origin and dispersals of human populations and the evolutionary processes that shaped genetic variation in them. We analyze genetic diversity in the mitochondrial DNA, Y-chromosome and autosomes to reconstruct the population histories of different human groups from around the world, both past and present. In addition, we use genetic tools to explore aspects of mitochondrial evolution and function in humans and non-human organisms, as well as the role of the mtDNA in the health and diseases of human populations. 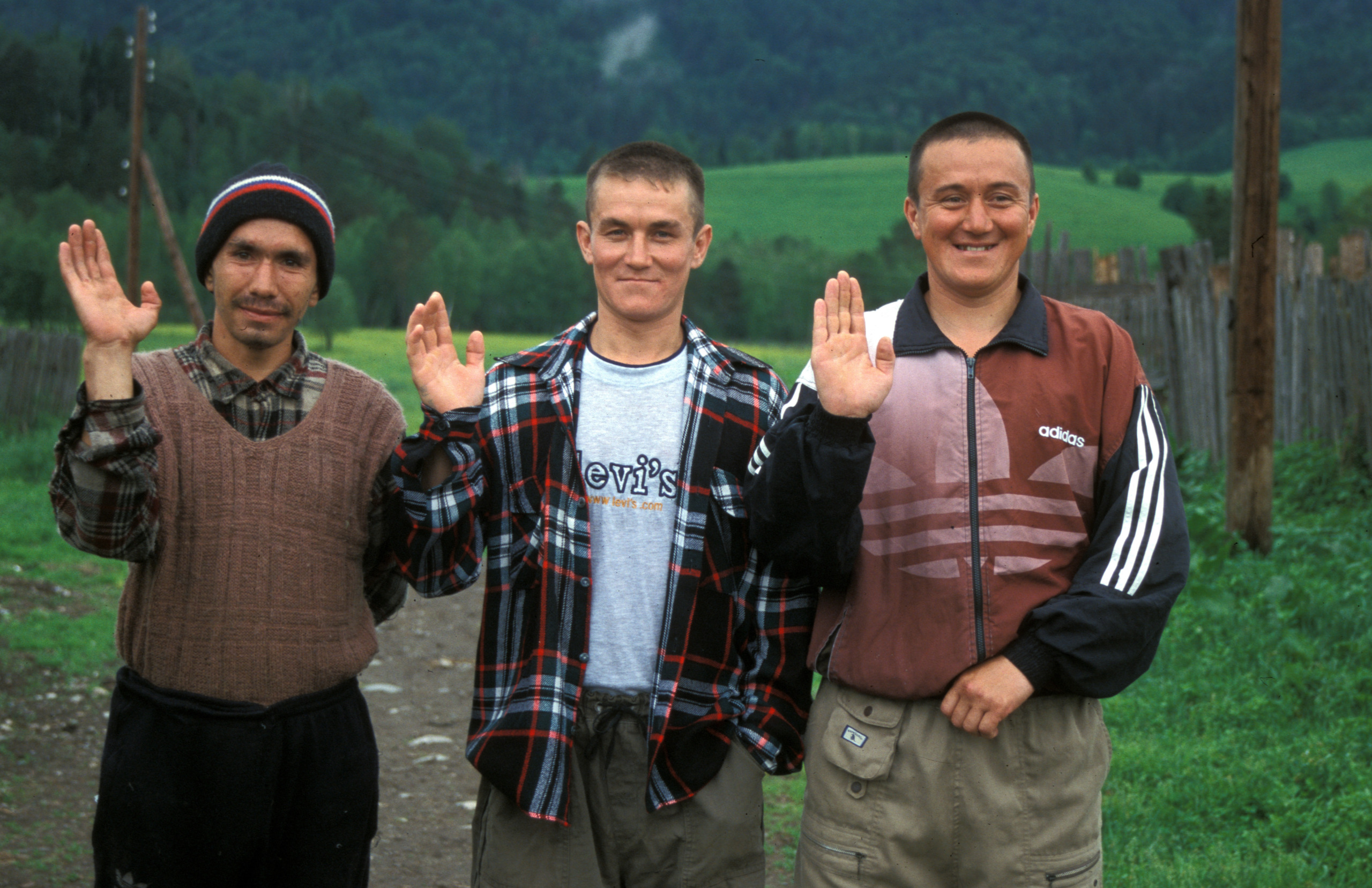 Dr. Theodore G. Schurr, Professor of Anthropology, is the Director of the LMAP. Lab members include post-doctoral fellows, technicians, graduate students, undergraduate students and/or high school students who are dedicated to advancing the field of anthropological genetics and biological anthropology.

To learn more about our work and people involved in it, please visit the Research, Team and Publications sections of this webpage. The News link provides updates on our current findings and publications. You can learn how to financially contribute to the lab on the Support page, and inquire about any aspects of our research through the information provided on the Contact page.

Note: We are still adding content to the People and Research pages of the website. For this reason, some of the content appearing there is unfinished. We anticipate completing these pages over the course of the next several months.

History of the Laboratory

The LMAP has operated in several locations at the University of Pennsylvania over its 20-year history, but settled quite comfortably into its current home in the Penn Museum. The history of the laboratory is outlined briefly below. 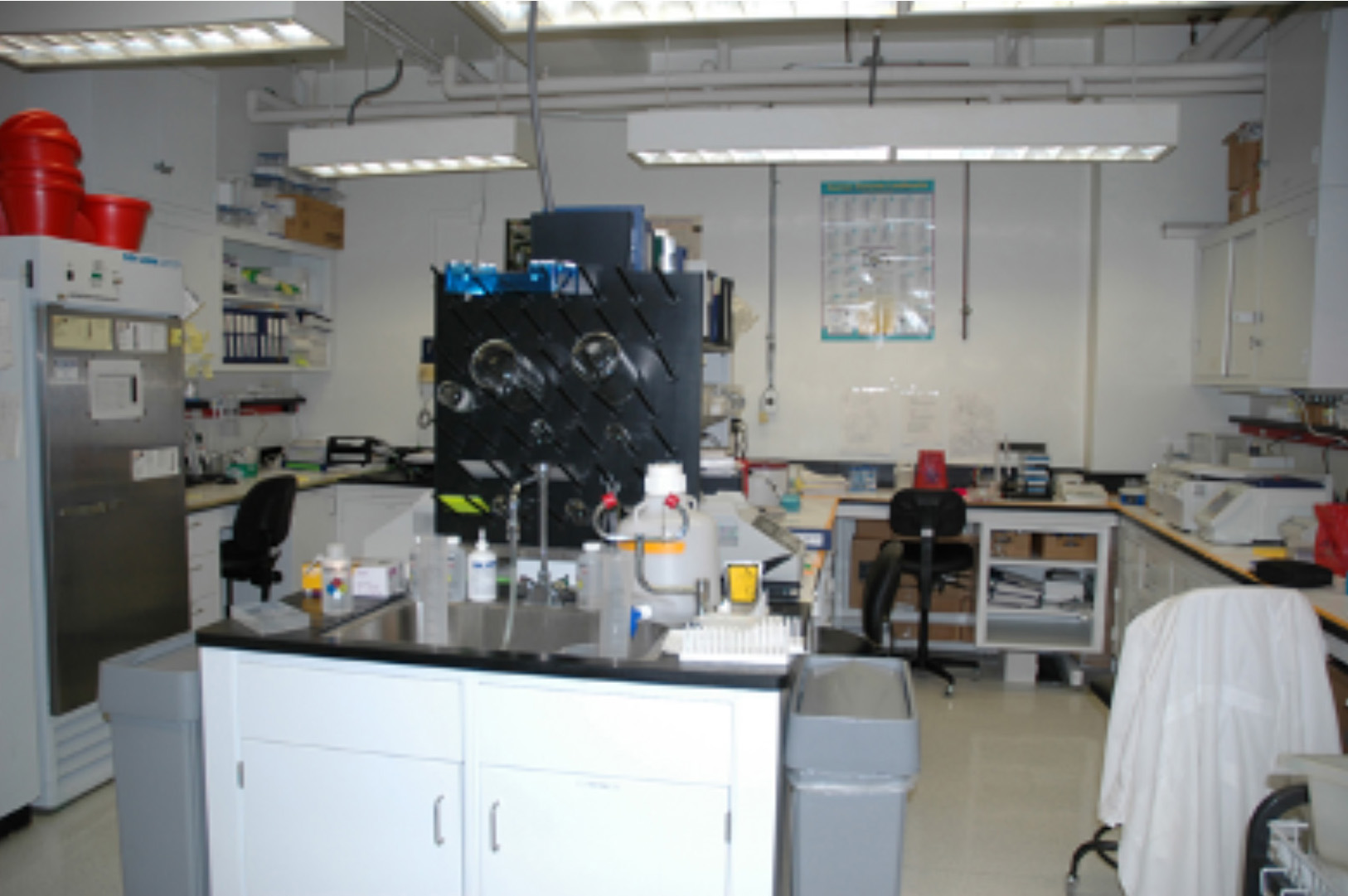 In 2002, the LMAP was set up in Room 105A of the Leidy Laboratories Building in the Department of Biology. The lab was a compact but efficient space in which to carry out molecular anthropology research, and we worked there through the early part of 2005. Photo credit: T.G. Schurr. 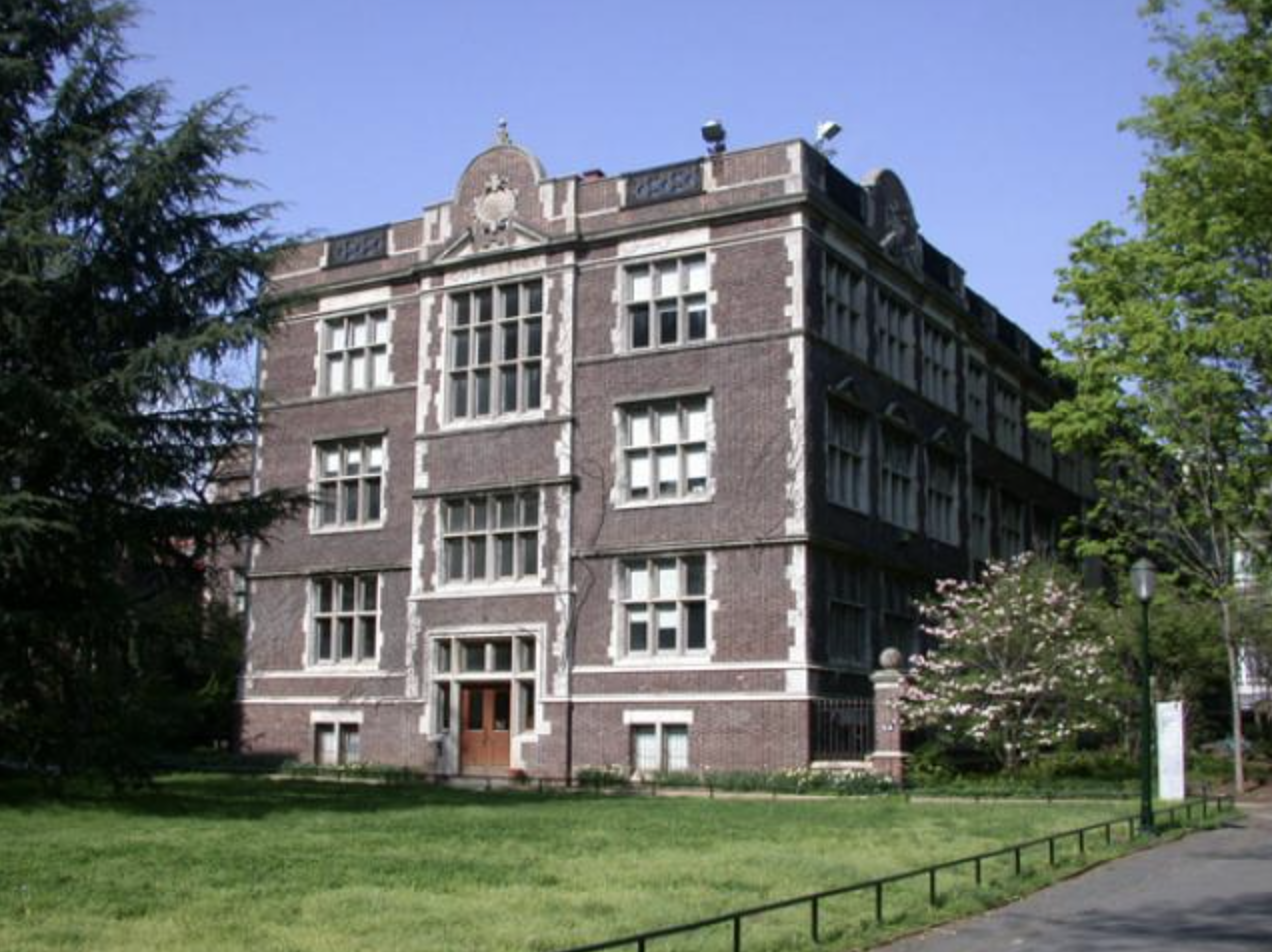 Named after the 19th century paleontologist, Joseph Leidy, a Professor of Anatomy at the University of Pennsylvania, this building was constructed in 1904. Architecturally, it represents a handsome variation on the later 17th-century themes of Cope and Stewardson’s Towne and Medical Buildings. Cope and Stewardson was an influential and prolific Philadelphia architecture firm during the late-19th and early-20th centuries. Photo credit: T.G. Schurr. 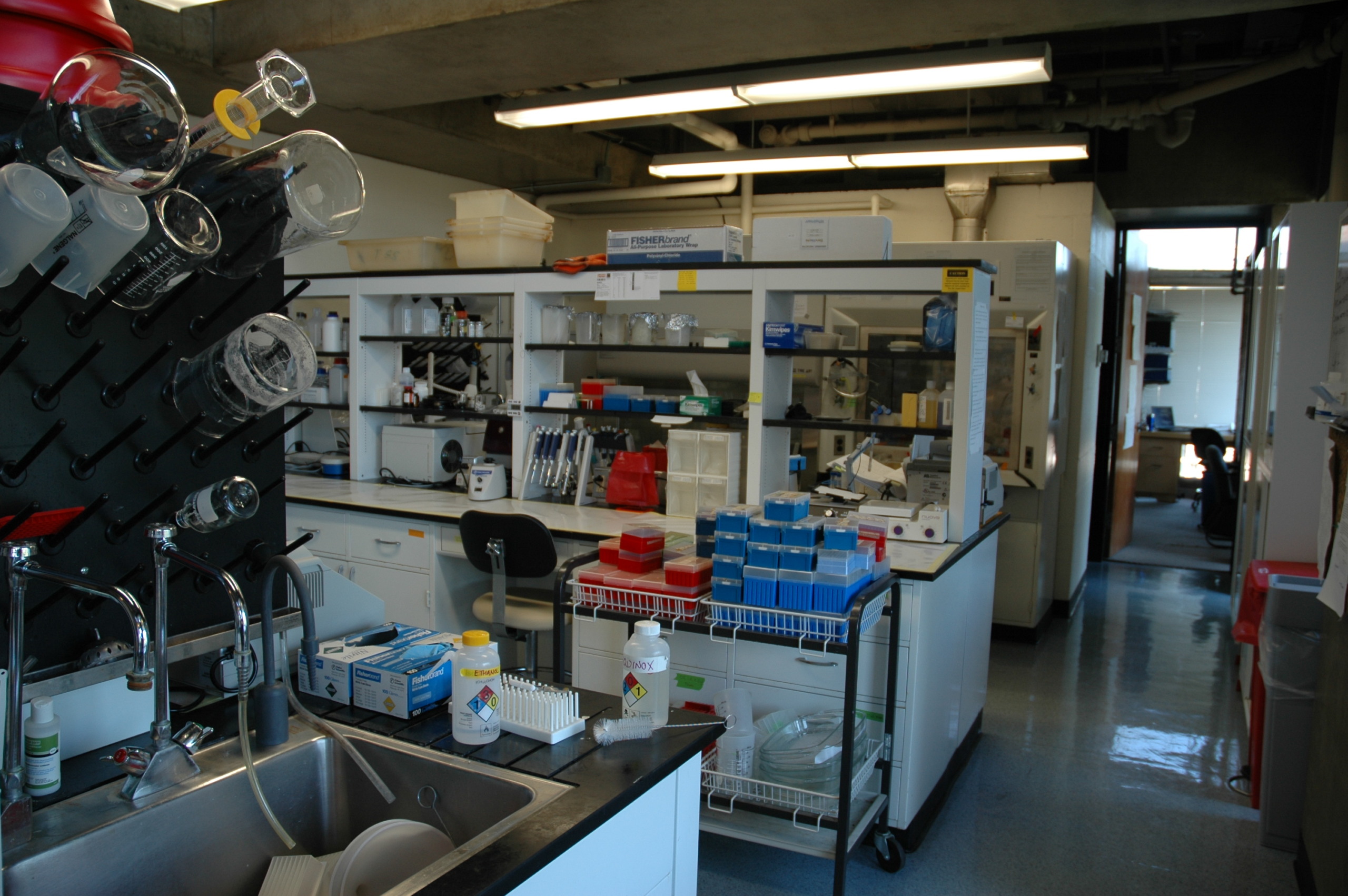 From 2005 to 2010, the LMAP operated in Room 507 in the Goddard Laboratories in the Department of Biology. This space included a main web lab, an equipment room, and an office suite, along with desks in carrels situated in the window wells of the building. Photo credit: T.G. Schurr. 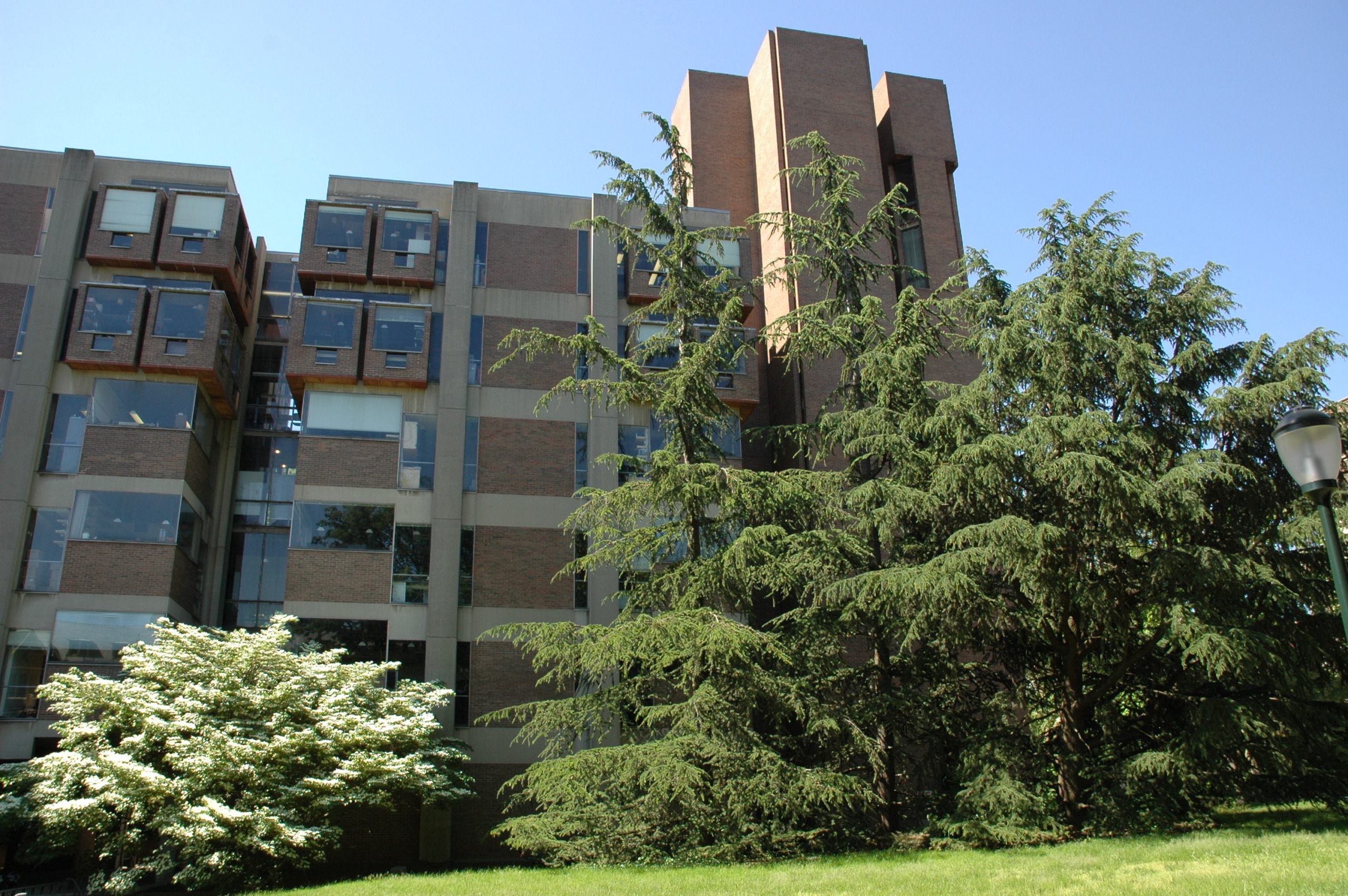 Built in 1964 and designed by Louis Kahn, the building design of the Goddard Labs emphasizes functional and structural expression, making it a landmark in the history of American architecture. Aside from its architectural uniqueness, though, the lab was freezing cold in the winter months, due to the poor weatherizing of the windows, forcing us to use space heaters to keep our feet and legs warm. Photo credit: T.G. Schurr. 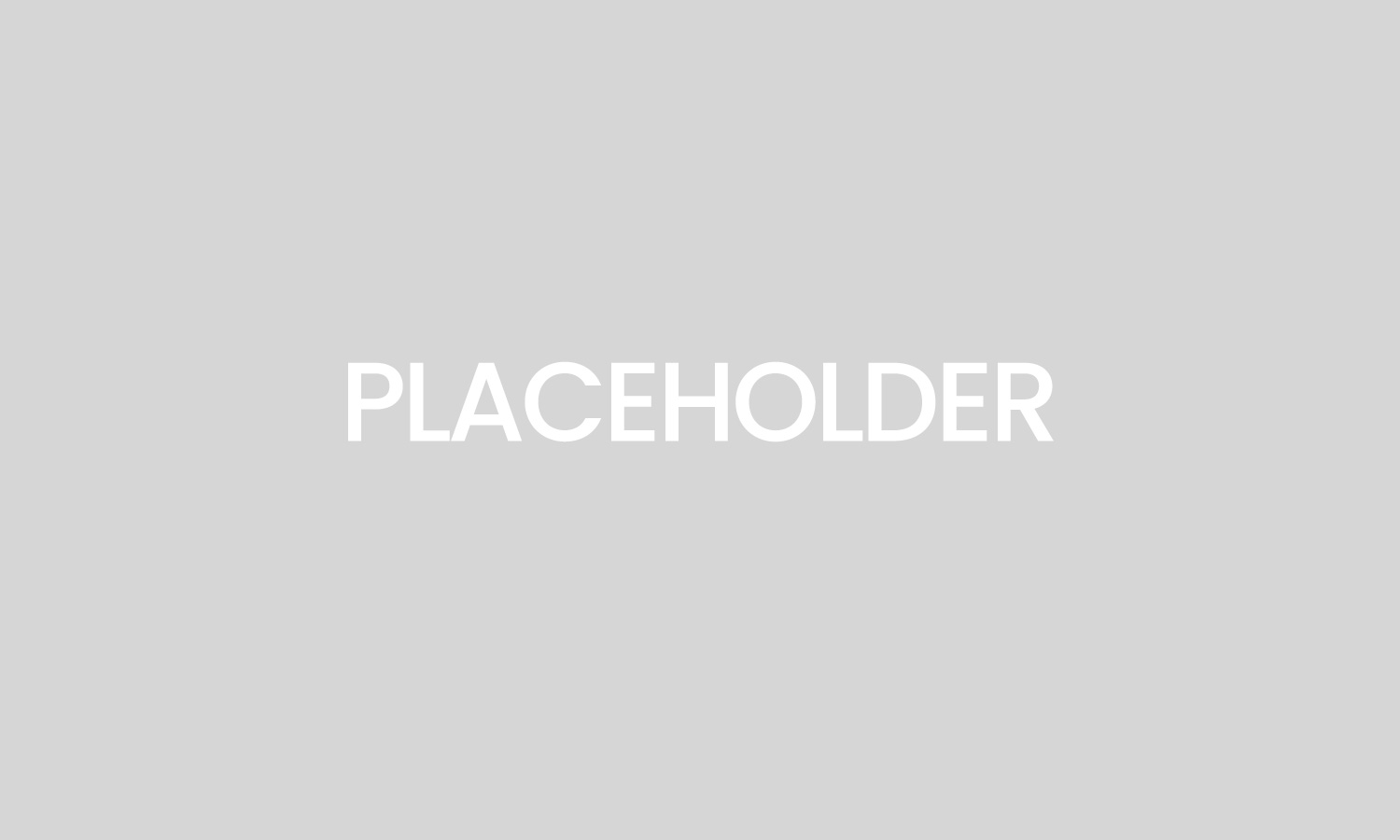 In 2011, the LMAP moved to Room 228 of the Leidy Labs Building. Consisting of one large space, the lab had multiple benches and workspaces, as well as equipment and computer areas. We worked there for about five years. 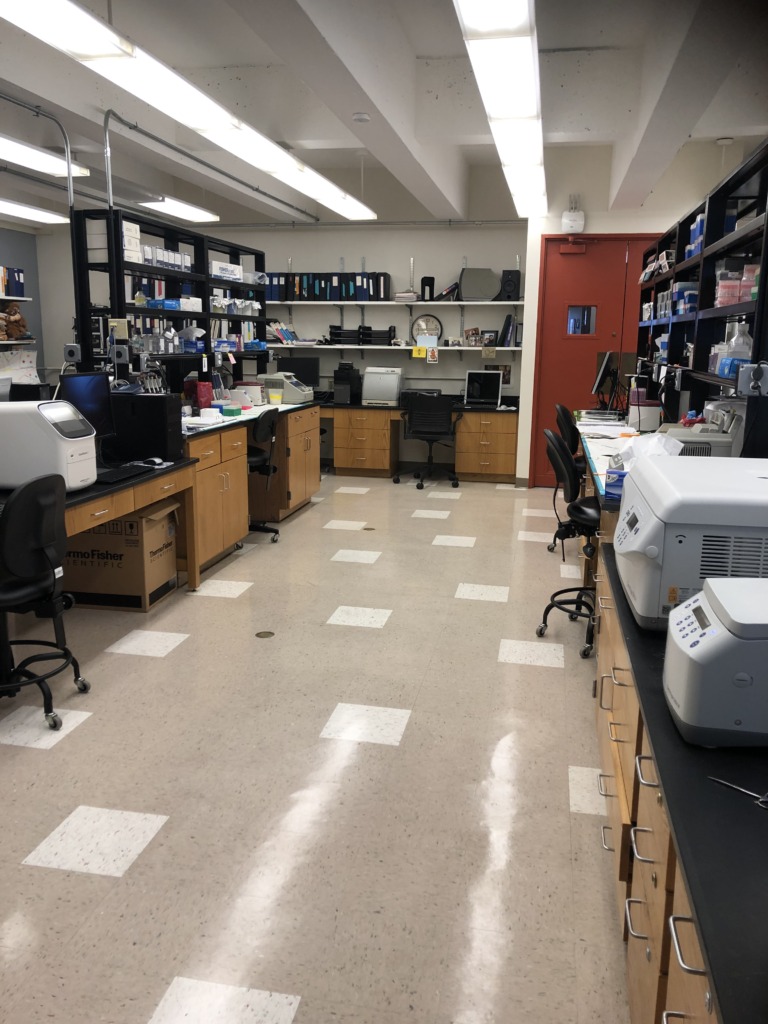 In 2015, the LMAP moved to its current home in the Department of Anthropology, Rooms 421 A and 421B in the Penn Museum of Archeology and Anthropology (Penn Museum). Formerly a physical anthropology lab space designed for osteological research, these rooms were converted into wet and dry labs for molecular biology research. Photo credit: T.G. Schurr. 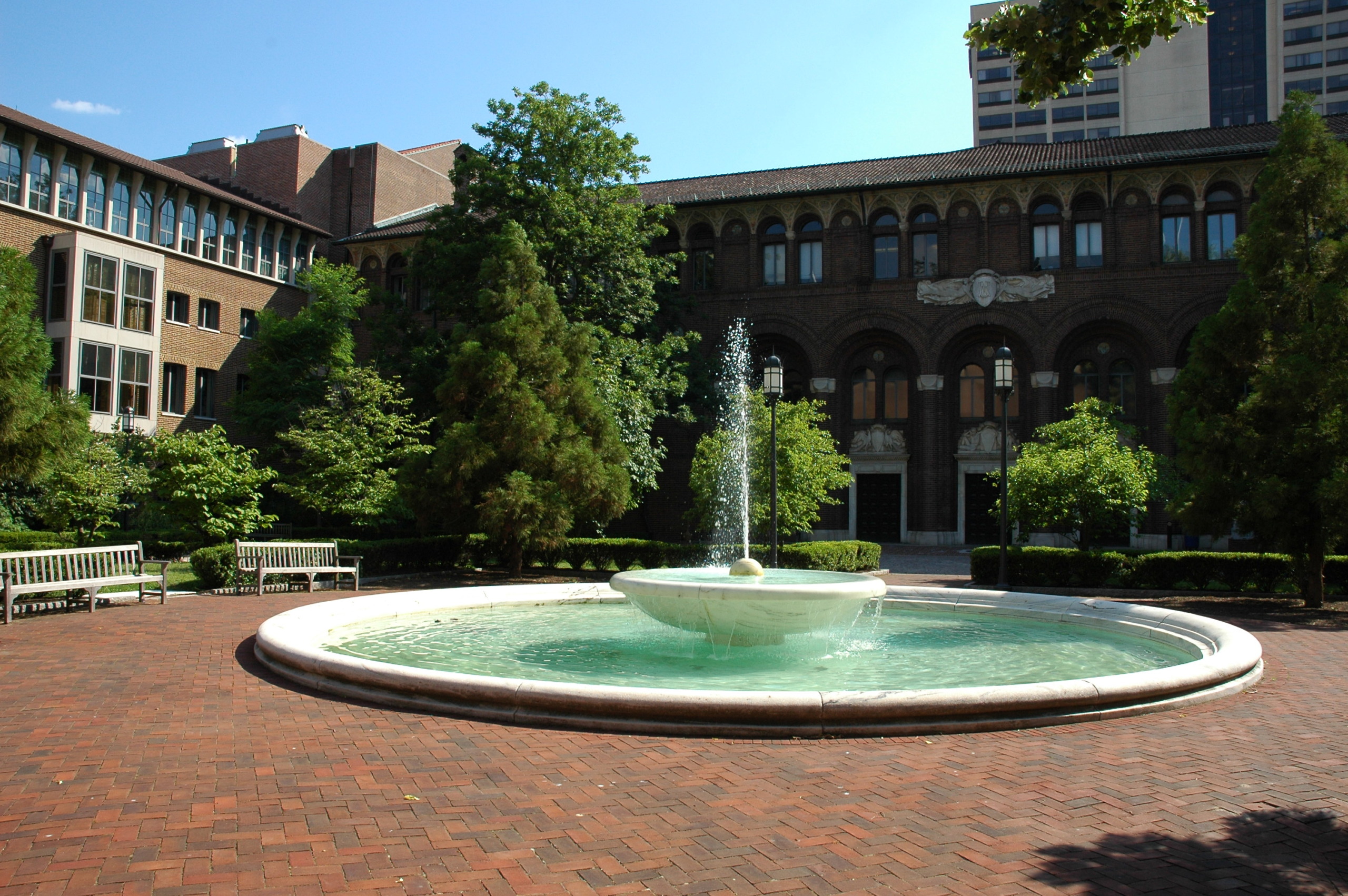 Marked by architectural features such as the Stoner Courtyard shown below, the Penn Museum was designed by a team of architects (Cope and Stewardson, as well as Frank Miles Day, all associated with Penn’s architecture school) and constructed over a several year period, opening as the Free Museum of Science and Art in 1899. Photo credit: T.G. Schurr. 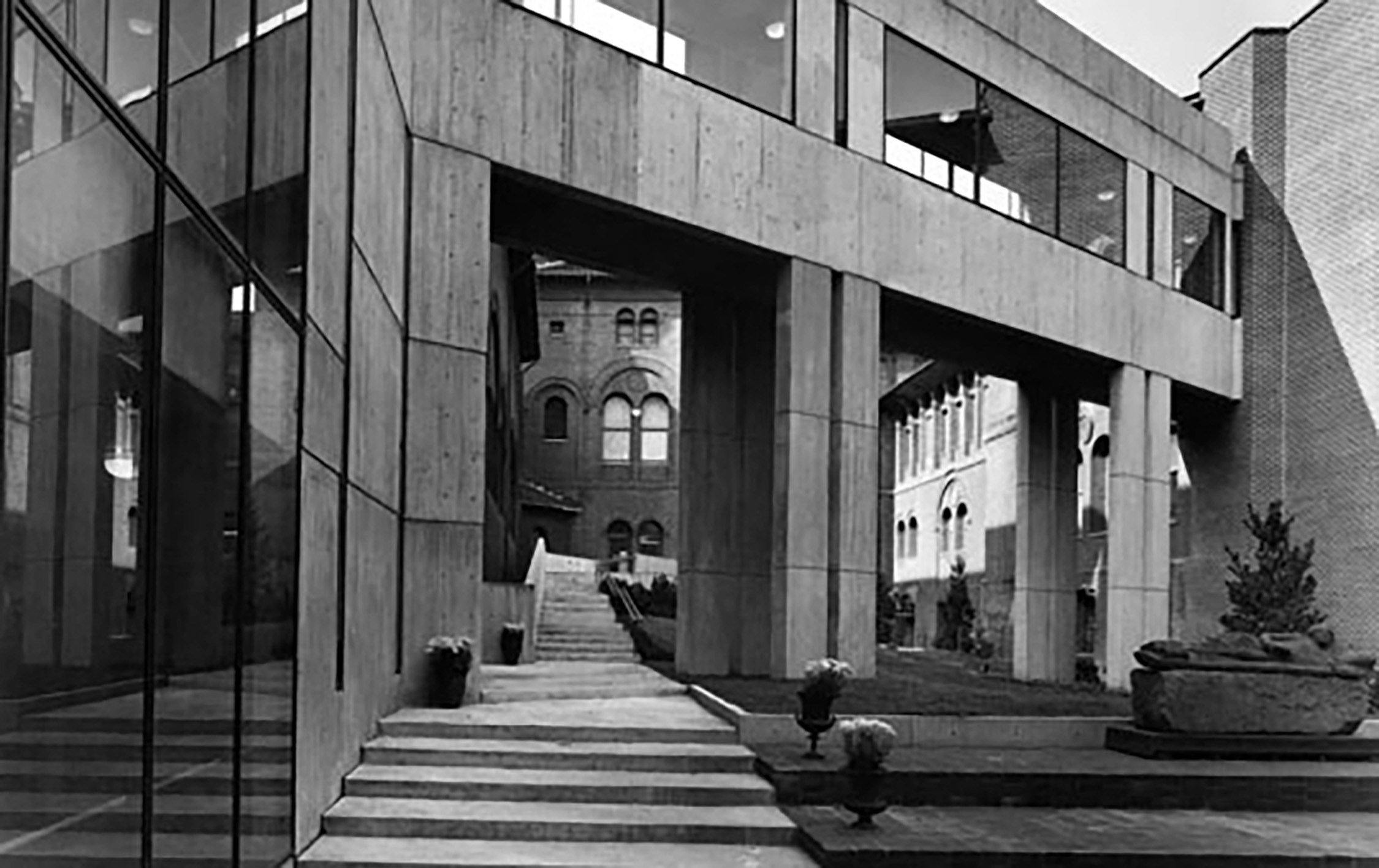 The Academic Wing of the Penn Museum in which the LMAP is located opened in 1971, being built with the support of the National Science Foundation. Its Brutalist style, based on a 1968 design by Mitchell/Giurgola, stands in contrast with the older and grander form of the main buildings. Image source: https://www.penn.museum/about/our-story/a-historic-timeline.

The original LMAP website was the by-product of a lot of hard work by a number of people but has been mothballed. This action was taken in large part because the Flash software running the animated content was phased out on current versions of website browsers. This situation has allowed us to reimagine the LMAP website and produce a new design for it, which you are now viewing.

Marcolina Design, Inc. (http://www.marcolina.com) produced the design for the original LMAP website, with the creative effort being led by owner Dan Marcolina. Dan took my rough ideas and converted them into a more polished, interactive and aesthetically pleasing form. Nancy McNamara of Academic Web Pages (www.academicwebpages.com) elaborated on this design, as well as expanded the functionality of the entire website. In addition, Dana Wormer from Red Zebra Works contributed many good ideas concerning web page operation, layout and functionality, and, along with Chintana Herrin, beta tested different sections of it.

The new LMAP website was created by Jed Ostrom of Next Interactives. Working on a WordPress foundation, Ostrom produced a custom-designed, mobile-friendly and self-editable website that brings a more contemporary look and functionality to the presentation of the LMAP work and research findings. In addition, Loretta Kennedy Design created the new lab logo and inspired the color scheme used throughout this website.

Throughout this website, you will see various images, segments of text, maps, and illustrations that were taken from other sources. These items are acknowledged or attributed as best as possible wherever they appear. Original content from our research efforts, such as maps, diagrams, and photographs, are acknowledged as such. All other materials, especially photographs, come directly from LMAP researchers, with their contributors being acknowledged in the legend for the images.

As noted above, we will use maps of various kinds to illustrative the work being undertaken in the LMAP. These maps may be archaeological, genetic, geographic, historical and/or linguistic in nature, such as the Typus Orbis Terrarum map shown below. These maps are, of course, constructions of reality as understood from different analytical, disciplinary, historical and political perspectives, and will be discussed as such in the accompanying text. 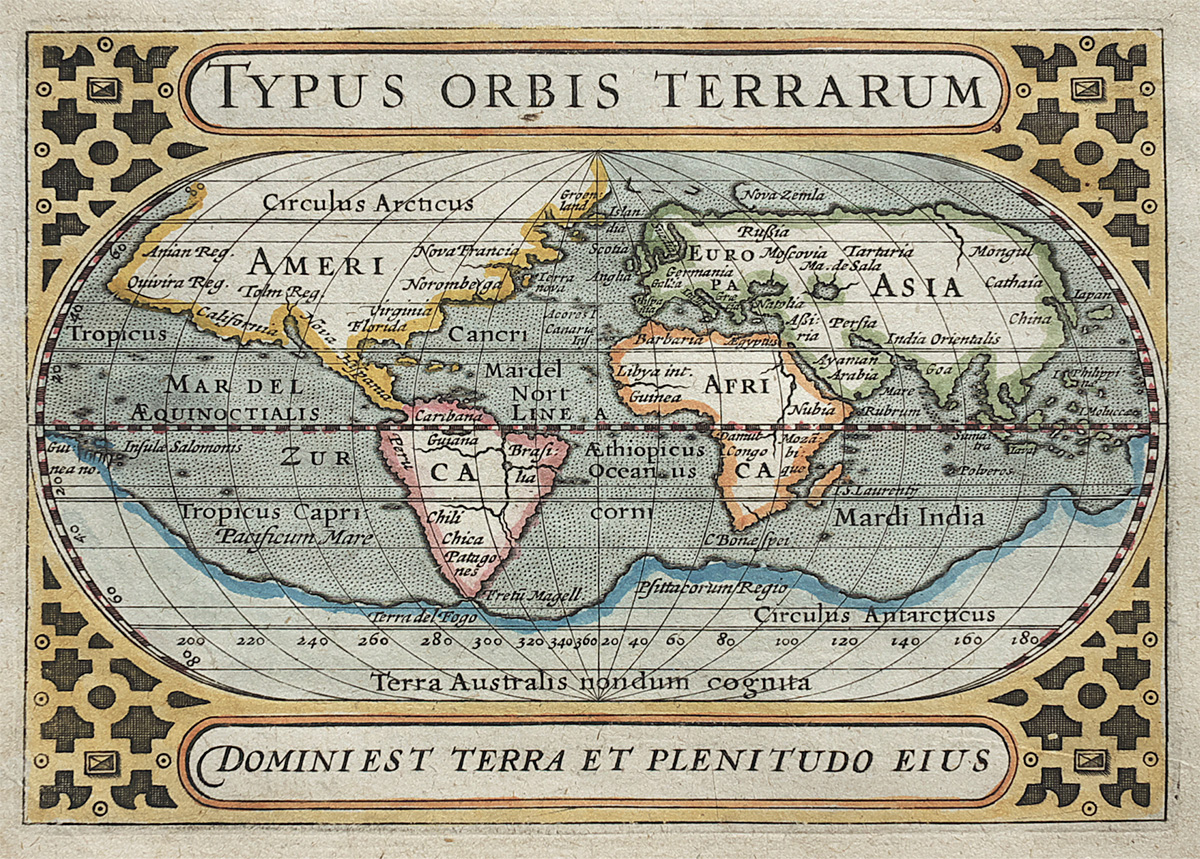 The cartographer of the map appearing above is Petrus Bertius. Bertius was born at Beveren, Flanders (modern day Belgium), in November 1565. As a refugee, Bertius settled in Amsterdam and, after finishing his studies, became a professor of mathematics and librarian at the University of Leiden. In 1618, he also became cosmographer and historiographer to Louis XIII of France, and lived in Paris, where he died in October 1629. His fame among geographers was established by his text in the pocket atlas Tabularum Geographicarum (see below).

This Map of the World is based on Ortelius. The large, mythical continent of Terra Australis fills the southern portion of the map, incorporating New Guinea. There are just a few place names noted in the map, including Anian, Tolm, Norumbega, Virginia and Florida.

The map is similar to the one Bertius supplied for Barent Langenes’ Caert-Thresoor except this plate does not contain the signature of Jodocus Hondius as the engraver. Strapwork designs fill the corners with the title above and the quote from Psalms, “Domini Est Terra Et Plenitudo Eius” (“The earth is the Lord’s and the fullness thereof”) at bottom.

This atlas was engraved by Petrus Kaerius and Jodocus Hondius in Amsterdam, 1618. The photo comes from Paulus Swaen Ltd. (https://www.swaen.com/antique-map-of.php?id=9387).