The mission of the LMAP is to elucidate the origin and dispersals of human populations and evaluate the evolutionary processes that shaped genetic variation in them. We analyze genetic diversity in mitochondrial, Y-chromosomal, and autosomal DNAs to reconstruct the population histories of different human groups from around the world, both past and present. In addition, we use genetic tools to explore aspects of mitochondrial metabolism and adaptation in humans and non-human organisms, as well as health and disease in human populations.

Many of the projects being undertaken in the Laboratory of Molecular Anthropology @ Penn (LMAP) involve field research in locations both within and outside of the United States. Fieldwork projects utilize traditional ethnographic methods, standard biological and archeological sample collection, genealogical interviews, and archival research to obtain information of relevance to each particular project. The locations in which these projects were conducted, descriptions of these areas and their histories, and discussions of project objectives and results are provided on pages within this section of the website. Click on the Project Category links below to explore these projects. The map shown below provides a graphical representation of these research locations. 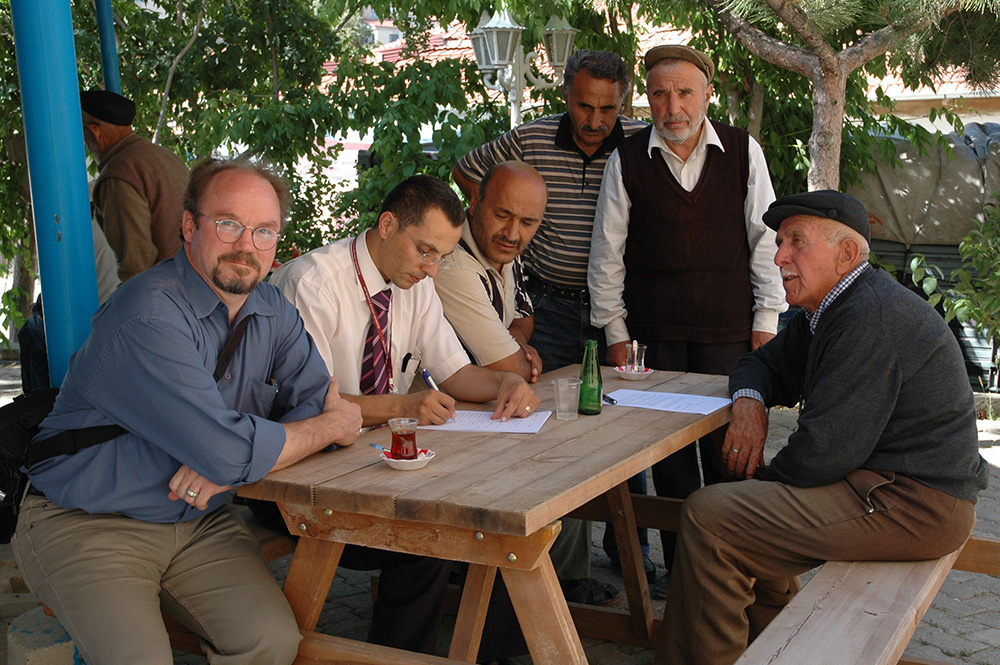 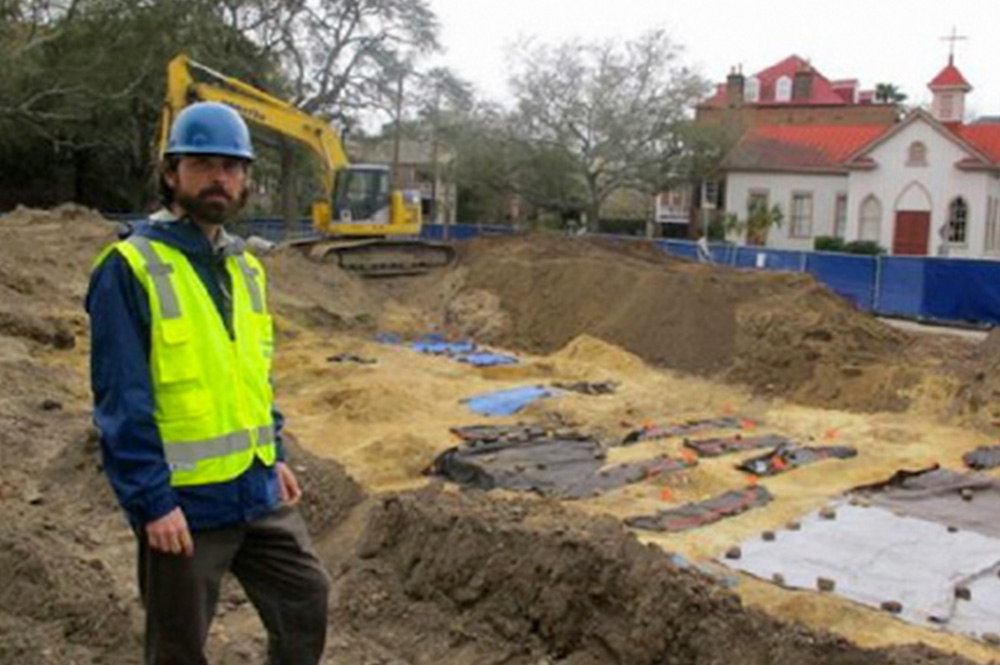 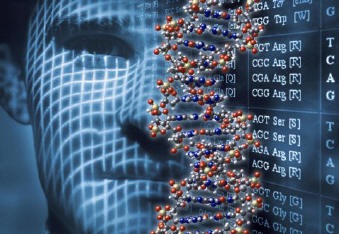 In the LMAP, we utilize the facilities and equipment in the lab for all primary analysis of our DNA samples. We also work with research scientists in the Penn Genomic Analysis Core to conduct some of our genotyping and basic sequencing work, and undertake high throughput sequencing at the Next Generation Sequencing Core, both in the Department of Genetics at Penn. For specific projects, we work with researchers in the Center for Applied Genomics in the Children’s Hospital of Philadelphia. 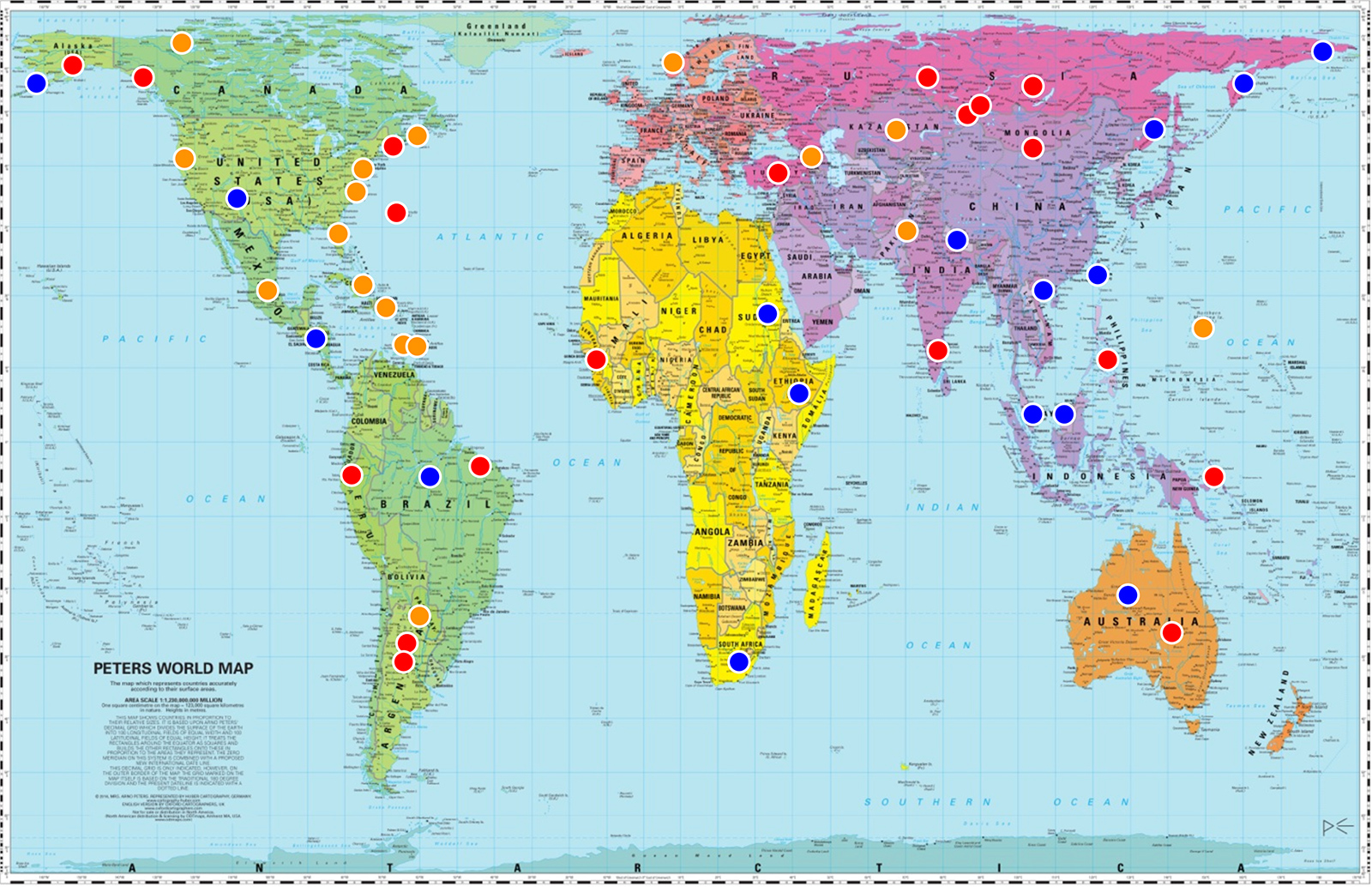 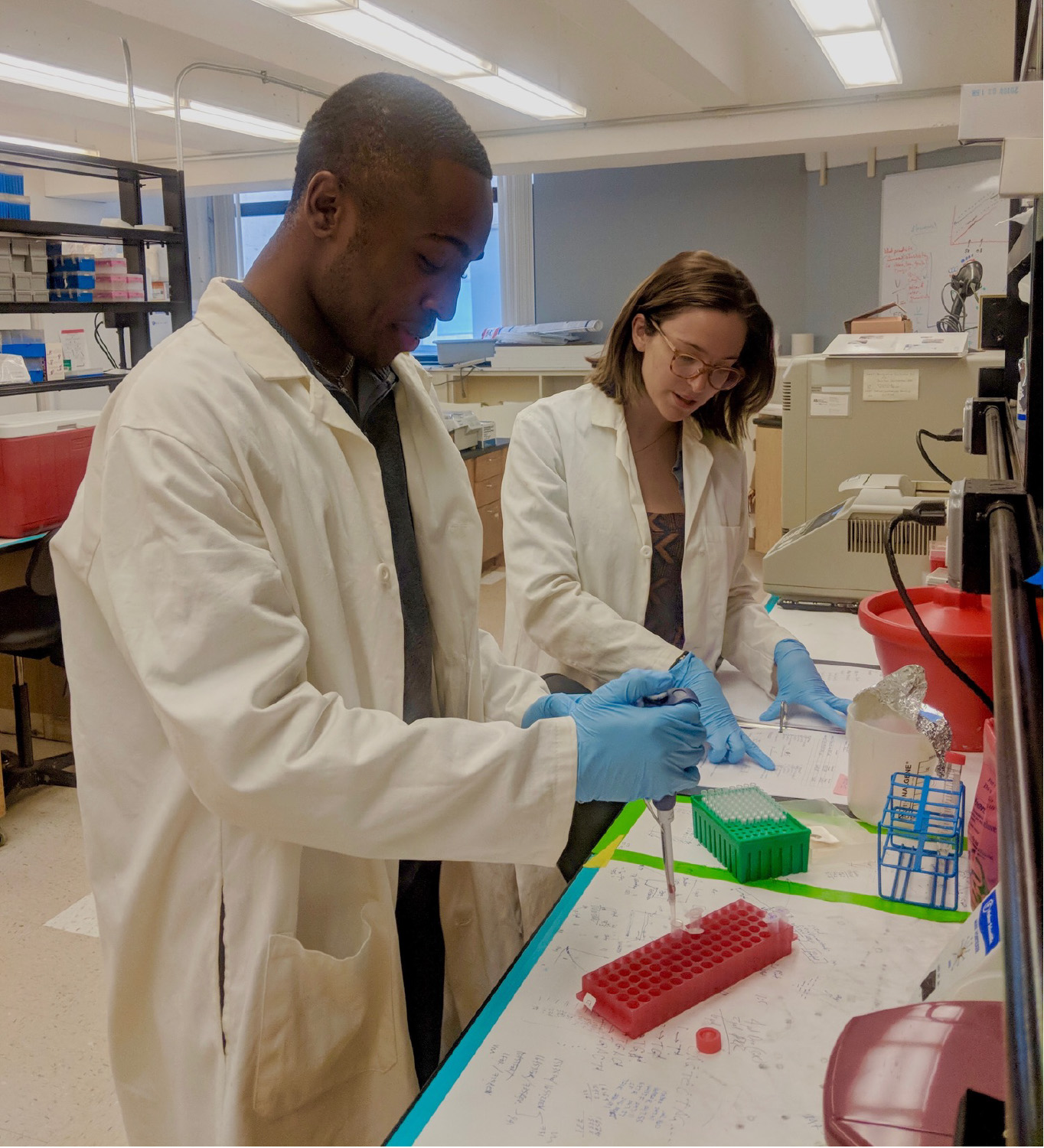 Besides using these facilities at Penn, over the past two decades, we have worked with Gene-by-Gene to conduct SNP genotyping and DNA sequencing for several different projects. Gene-by-Gene (https://genebygene.com/) was founded in 2000 by Bennett Greenspan and Max Blankenfeld, and specialized in DNA-based ancestry and genealogy as FamilyTreeDNA. This pioneering direct-to-consumer company played a key role in genetic testing for the Public Participation component of the Genographic Project, analyzed DNA samples with the GenoChip for numerous Genographic Project studies, and remains a hub for genetic genealogy studies focused on specific haplogroup (genetic lineages) or populations/communities. 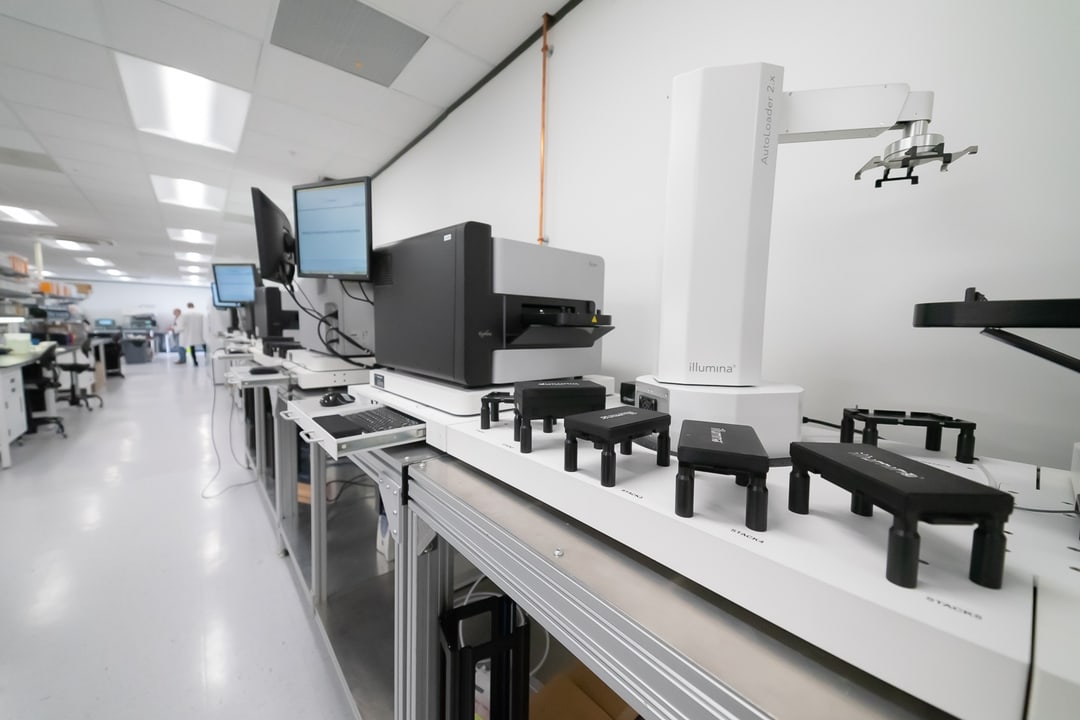 From 2005-2020, the Laboratory of Molecular Anthropology at Penn served as the North American Regional Center for The Genographic Project, a major international effort to collect population genetic data from over 100,000 individuals representing diverse communities from a wide range of geographic locations. Together with scholars from ten other regional centers in different countries and a National Geographic support team based in Washington DC (see map below), LMAP researchers investigated the genetic ancestry and migration history of global populations in an effort to answer the basic human questions: Where and when did we originate as a species, and how did we come to populate the entire world? 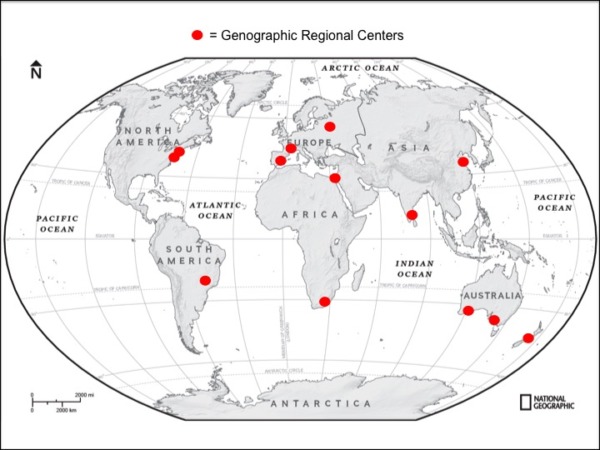 In each year of the project, the Genographic Project team held a workshop in a location of the world where certain project researchers were based. During the workshop, team members reviewed their research findings, planned for the next stage of fieldwork and lab analyses, and reacquainted themselves with their colleagues. These visits also allowed team members to explore the culture, history and geography of the cities in which the workshops were held. A photo from the 2008 workshop in Shanghai, China, appears below. 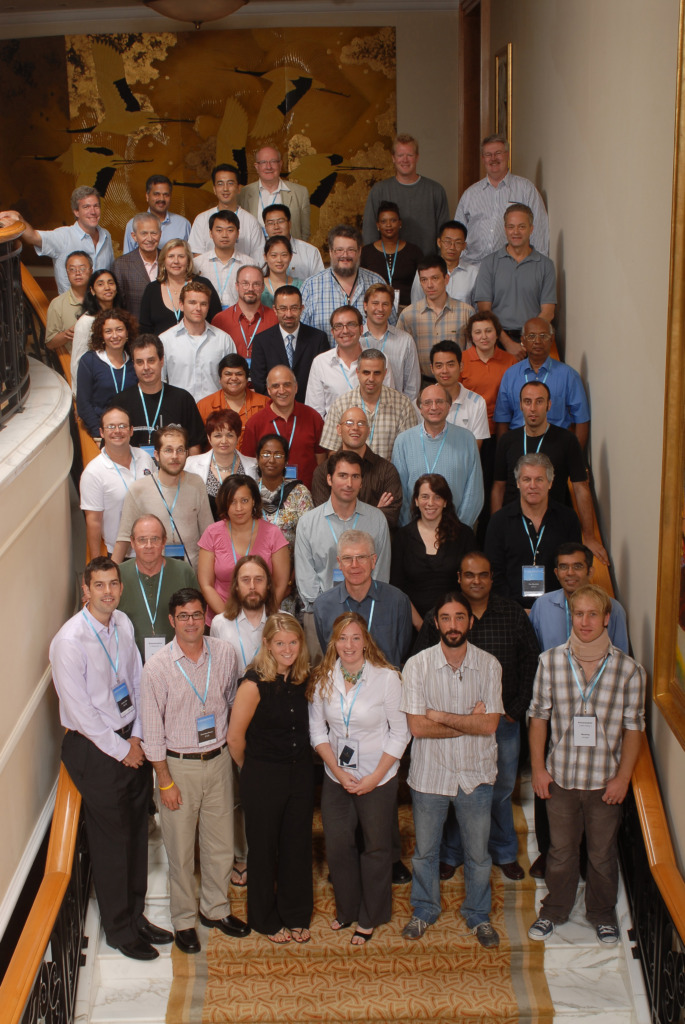 Genographic Project Workshop in Shanghai, China. Members of the team include the Principal Investigators, Post-Doctoral Fellows, and Graduate Students from each regional center; National Geographic staff and program directors; members of the Board of Advisors; and representatives from IBM and the Waitt Family Foundation.